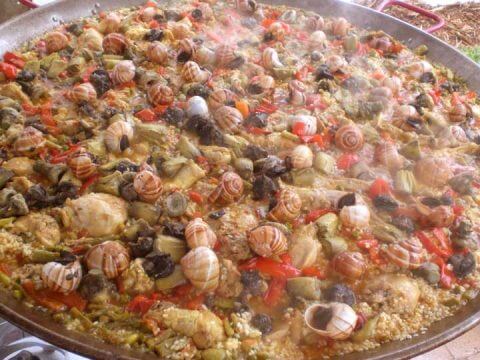 Just like many argue about what ingredients constitute the best Cajun versus Creole Gumbo, paella aficionados in the know are often in dispute about what to use in Spain’s most authentic dish, as the ways of making paella are as many and varied as the people who cook it.

My money is on Juan Ten, the man with the pan, who was born in his parents (Salvador and Lola’s) native Valencia, raised in Madrid, has a thriving Real Paella business in Tallahassee, and is now residing part time in South Walton to bring his family recipes, passed down from generations before him, to the Emerald Coast. … END_OF_DOCUMENT_TOKEN_TO_BE_REPLACED